Measure Twice; Cut Once: Adaptive Co-Design As a Means to an End

At Trinity, we recently performed a study on the Irish government’s national grant scheme to encourage energy efficient retrofitting in private housing1. This was the Home Energy Saving (HES) scheme, later rebranded the Better Energy Homes (BEH) scheme. The idea was relatively simple; we monitored several homes immediately before and after cavity and/or external wall insulation retrofitting alongside discussions with occupants. The study showed some expected results. In particular, for the most part there was a reduction in the heat transfer through the retrofitted walls due to the increased R-Value. This was consistent with an earlier study for an unoccupied dwelling2. Despite the improved heat retention of the dwellings, it did not necessarily translate into equivalent overall energy savings. The reason why? The occupants increased the temperature of their homes and improved the dwelling temperature uniformity by heating previously poorly or unheated rooms; they wanted to be comfortable. In one exceptional case, the heat loss through the monitored wall actually increased by 40% because the previously cold living space was now heated to reasonable comfort levels. The take away from this study is that no matter how high performing an energy technology and/or energy intervention is, the drivers for using the technology and the human behaviour associated with interacting with the technology can significantly affect its overall impact. As it turns out, energy savings and environmental impact were not the drivers for implementing and using this particular technology; it was driven by comfort and improved quality of life.

What we see in the example above is a linear design model wherein the designer assumes full knowledge of the system, has clear goals and objectives and with the appropriate utility functions, constraints and modeled processes can achieve optimal design solutions to a problem3.  In this particular case, the linear design model fails to some degree because there is an information disconnect between the engineers/designers (retrofit technology provider), the stakeholders (Irish government, SEAI) and the users (dwelling occupants). In our energy research at Trinity we have evaluated many energy technologies where this type of linear design methodology created technologies that, in the context of energy savings and/or environmental impact, did not perform well once ‘in the wild’. The obvious question is: how appropriate, if at all, is this design model?

Design is creative. It generates a plan or system for achieving a goal or objective. Many problems in engineering, energy and the environment require plans or systems to be created and developed in order to achieve specific user and/or stakeholder specified objectives. These objectives may sometimes conflict. However, we live in a messy world riddled with wicked problems that confound this linear approach. Design must operate in an uncertain world with multiple actors, necessitating the use of co-design and adaptive design in order to ensure the production of plans or systems with positive economic, social and environmental impacts3.

Feedback among researchers/designers, stakeholders and users/actors are a necessary part of the co-design process. Designs are not static, they are adaptive and respond to the experiences of users, shifting uncertainty and changes to goals and objectives that are part of the real world. Given the high level of connectivity within human society and between society and the environment, it is a real challenge to determine the domain and constraints of a particular problem; particularly with sustainability in mind. Another important challenge for researchers is to develop structures, tools and models that enable co-design and feedback to occur through the creation and enactment of a design. The opportunities of designing in this way come from creative tension between theory and application and the ability to make a difference to real world problems3. Here is an example:

At Trinity we have recently implemented the adaptive co-design methodology for a Department of Foreign Affairs funded project in Malawi4. The goal of this project was to design an appropriate electrical generator technology that used low cost and high efficiency biomass cookstoves as the energy source for charging low powered mobile phones and LED lanterns for vulnerable rural and off-grid households. Right from the start we were admittedly ignorant, and the little information we had was ambiguous at best. The design approach we put in place established an information feedback loop between the designers (Trinity engineers), the stakeholders (Irish Aid, local NGO) and the users (volunteer families in Malawi). To start, a ‘best guess’ design was put in the field to several families. Importantly, the demonstrators were populated with sensors and data acquisition equipment, as were a host of non-generator baseline stoves. With the hard data we were able to immediately transition from ambiguous to explicit information. For example, our initial remit was to design for a specific net electricity production within a total of 3 hours of stove use, with the cooking time being gleaned from surveys. The measured data showed that not only was the actual active stove use between 2 to 5 times longer, but the net electrical energy target was significantly greater than that used by the participants for phone and LED lantern charging. Together with user feedback data, the electrical generator system was redesigned, re-engineered and subsequently sent back to a different demographic user group. Long story short, it took two more major iterations (and several minor ones), with information continually flowing between the designers, stakeholders and users, before the design converged to a viable prototype product. Notably, the final prototype was nothing at all like the first ‘best guess’ demonstrator.

The lesson learned here is that ‘real’ information and information feedback can turn the design wheel towards a correct and appropriate technology that tightly knits the end user’s wants, needs and behaviours into the design. The same holds true for the stakeholders. 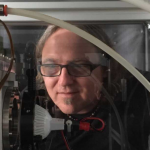 One thought on “Tony Robinson”