The majority of the companies I have worked with have a comprehensive metering (electrical and mechanical) system installed, often using calibrated instrumentation to collect the information, and sometimes the data is on a validated platform. The issue is that the data that is generated by this system is rarely analysed with a view to improving energy consumption. Even accessing the historical data is an arduous task, as it may reside on several different databases, and any analysis is always performed retrospectively, even several weeks or months later (when the bill arrives!!)

My lightbulb moment came from a presentation delivered by Kevin Geogehan (Intel) where he mentioned the importance of “making energy data visible”. I realized that J&J Vision care Limerick was data rich but information poor so I developed a project to rectify that. My plan was to grab live data from two data sources (EFT and Schneider) and display it on a dashboard above the production line. This dashboard would automatically refresh the data being displayed every 2minutes. We developed a proof-of-concept for one production line in the plant – see Figure:1 below. 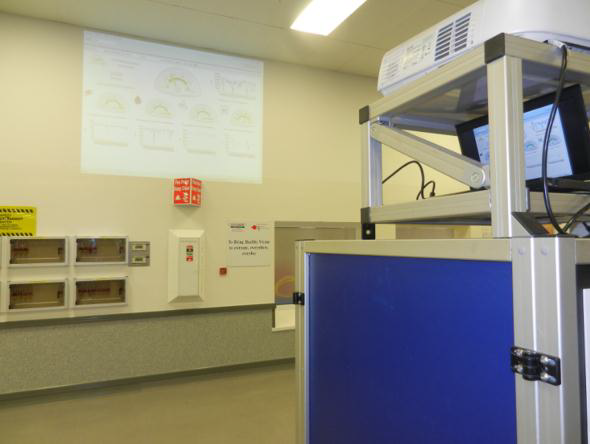 The visualization of the data was designed to be “easy-to-read-in-a-1-second glance” format. So in conjunction with the Operations team we developed a gauge indicator that goes RED when target limits have been exceeded. If one of the energy indicators goes into the red zone the technicians on the line will see it within 15minutes of the issue occurring and have the ability to troubleshoot the action and fix the issue. The corrective action will result in consumption reducing and the indicator returning to green zone.

The objective was to focus energy efficiency from the end-user point (i.e. the production lines) as opposed to the utility side (e.g. compressors/boilers/etc) which is typically the focus for ECMs. 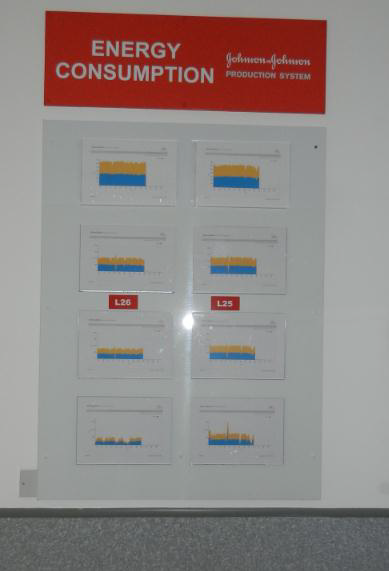 Figure:4 Trending Energy reports (which is displayed in the Ops meeting room, and reviewed weekly)

The visualization of energy data in real time has enabled the operations team on the line to develop four separate ECMs around compressed air and nitrogen which will deliver a 10% reduction in consumption. The generation of compressed gases in J&J Vision care represents over 25% of the site electrical load. There are also two projects underway on reducing the DI water consumption of the line by 15%. This reduces water consumption but also electrical power as the water has to be heated.

Empowering people – the technicians on the line now have the ability to influence the energy consumption.

One thought on “Paul Walsh”