How can energy storage be applied to industrial energy applications ?

My topic today relates to the deployment of energy storage to industrial energy applications. Many industrial/enterprise facilities are rightly concerned with security of supply and the need to deploy renewables to decarbonise the overall enterprises carbon footprint. Since around 2007 I have been focused on a challenge, which is how can renewables be shaped with energy storage to deliver the type of quality power system that industrial consumers require.

The various forms of renewable energy generation have been rapidly declining in price to a point where they are at or less than the cost of conventional fossil generation. There now exists what I would consider a once in a generation opportunity to completely decarbonise electricity generation. The absence of any meaningful carbon tax and historically low fossil fuel prices distort this scenario somewhat but the overall trend is heading towards low cost reliable industrial power, particularly for embedded generation.

redT is commercialising a vanadium redox flow technology. This technology is suitable for long duration and constant cycling. It is quite unlike any other ‘batteries’ because it utilises the reduction and oxidation of the same material, meaning that charging and discharging can be virtually unlimited. The material never wears out. This long life aspect of the system and its robustness means that it is very useful for high duty cycling. We like to think of our system as an energy storage machine.

Other battery systems such as lithium ion and lead acid have specific applications. These can be used in combination with flow systems. redT is examining the application of these systems with super capacitors and other battery technologies to develop hybrid options.

Industrial energy consumers are concerned with cost. Some examples of this have been developed out and obviously exact costing depends on location, solar regime and wind regime. There is an interesting pattern of wind and solar in Ireland, see diagram below. What I have done here is run two generation series with wind and solar. What is interesting about this is that the PV generation increases when the wind is decreases.

Not completely a flat profile but using this method a 100% renewable system of embedded generation could be designed, with storage smoothing out intra day fluctuations in wind/PV.

redT is installing entirely renewable systems in South Africa. These systems will entirely displace the existing expensive diesel generation. The overall long term cost of energy is approx.. half the cost of diesel with no emissions. 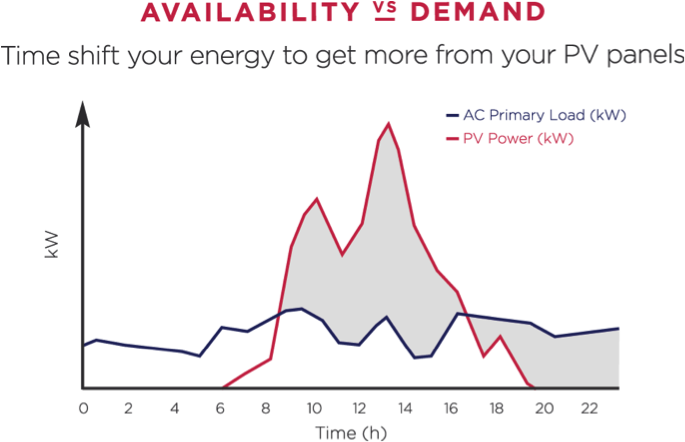 So sometimes I have to remind myself of the statement above. There is now a long term renewable power system which is fully recyclable, creates no waste and lasts for over 25 years. It is half the cost of diesel powered generation and for embedded generators I would estimate that is around 25% cheaper than grid power, perhaps less. In addition, you also get a large backup power source. No need to backup generators.

Think about it. It really is quite something.

We have partnered with Jabil (NYSE:JBL) to manufacture our systems for us, which allows us to concentrate on the development and marketing of our technology.

With their assistance we have developed our supply chain, and created a series of modular factory tested units which can be deployed rapidly. Using Jabil’s expertise in manufacturing has enabled our designers to develop a system with them which can be broken down into sub assemblies, so we can quickly set up facilities wherever there is demand and produce systems in volume within a very quick timeframe.

All these benefits are great but what our customers really want is something at a competitive cost. We are continually improving the technology and as a result we now have a product offering which is technically adapted but at a competitive cost and manufactured to the highest international standards.

The opportunities for industrial energy consumers to entirely hedge their energy costs is now well within the current time horizon.

John Ward has over 15 years experience as a director in the renewable energy sector. He is currently a non executive director of redT which he co-founded with camco clean energy in 2009. He is also the largest majority shareholder of redT through his investment vehicle alchemy projects . He is also the director and owner of three operational wind farms in Ireland and was previously director and co-owner of the 38 MW Sorne Hill windfarm. In each case, John designed, financed and developed/operates the facilities.

Although now focused on energy storage, John has previously advised on the development of approx. 200 MW of new wind capacity in Ireland, and a number of solar energy facilities in Africa. Arising from this extensive operational experience in the wind and solar sector, he identified the need for a robust energy storage technology, which would deliver an entirely renewable energy system.

He holds a degree in Applied Science from University College Dublin and a Masters Degree in Landscape Architecture from UCD.

John joined the board of redT as a Non-Executive Director in February 2016.